Chelsea have set their sights on a trio of PSG talents as Jose Mourinho look to conduct a major squad re-shuffle this summer.

CaughtOffside understands that Stamford Bridge boss Mourinho has made Uruguayan international Edinson Cavani his number one transfer priority as he seeks to bring in a prolific marksman to lead his Blues attack.

The 27 year old forward has been in excellent form since moving to the Parc des Princes last July but is said to be unsettled in the French capital and not happy about having to play second fiddle to Swedish star Zlatan Ibrahimovic and could therefore be tempted by a move to join Chelsea.

PSG paid Napoli £54m for Cavani and would demand a fee in excess of that outlay if they were to consider a possible sale.

Cavani has scored 21 goals in 33 appearances in all competitions this term and is seen by Mourinho as the ideal man to act as his main striking weapon with the Fernando Torres, Demba Ba and to a lesser extent Samuel Eto’o, all failing to consistently find the back of the net this term.

Prior to his move to France Cavani had scored 104 goals in three seasons in Naples.

Chelsea are ready to offer £70m for Cavani, such is their desire to land the powerful forward.

Mourinho is also keeping tabs on French youngster Adrien Rabiot, who is said to be considering his future at PSG after his demands for a massive pay-rise were snubbed by the Ligue 1 side.

The talented 18 year old midfielder is considered one of the hottest prospects in European football and is looking for a salary that reflects that potential but if he fails to secure a deal that he feels he deserves then a move to Chelsea may become a possibility.

Rabiot has started 13 fixtures this term and is a player Mourinho wants to be part of his re-vamped Chelsea squad as he pushes to freshen up his playing staff and continues to adopt a youthful transfer policy.

Chelsea owner Roman Abramovich is ready to sanction a £10m bid for the French Under 21 international. 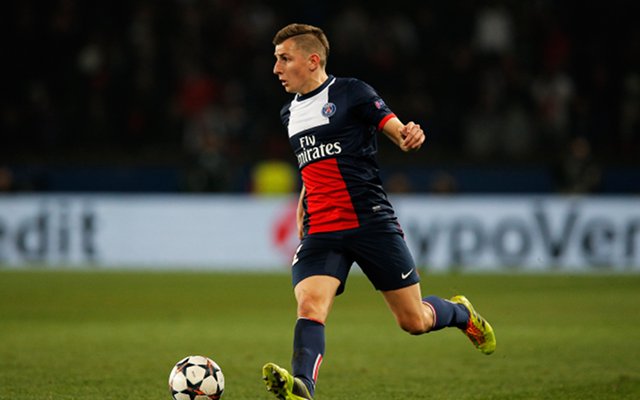 The third target comes in the form of French international left-back Lucas Digne, who could be seen by Mourinho as a long term replacement for veteran Ashley Cole.

Digne only moved to PSG last summer but has struggled to retain a foothold in Blanc’s first team set-up, starting just nine Ligue 1 fixtures, only one of which coming in 2014.

The former Lille man would battle Cesar Azpilucueta for the left sided defensive role though the Spaniard is perhaps better suited to a right-back role though has impressed since Mourinho froze Cole out of first team action.

Chelsea are ready to offer up to £10m for Digne.