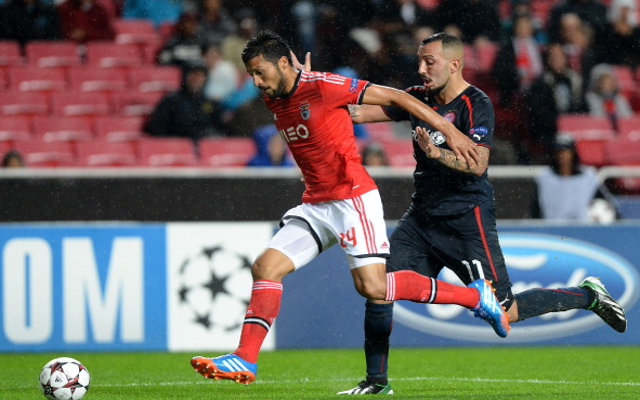 Man United will push on with efforts to land long term target Ezequiel Garay according to Football Direct News.

Old Trafford boss David Moyes has his heart set on bringing in the Benfica centre-back as a replacement for Inter Milan bound captain Nemanja Vidic and will hope to welcome in the Argentine international this summer.

Garay’s efforts this term have led his Lisbon based side to the top of the Primeira Liga table, having conceded just 15 goals in 23 fixtures, and into the last eight of the Europa League.

Moyes will be handed a massive transfer war-chest and armed with a big money bid the Scot will hope to tempt Benfica into selling their prized asset.

Garay has done well to re-ignite his career following a stuttering spell at Real Madrid and may feel that his career progression would be better served by a move to the Premier League side though Man United’s efforts will be significantly helped if they can secure a Champions League berth for next term.

As well as seeing Vidic leave it’s likely that Rio Ferdinand will follow the Serbian to a Man United exit with the 35 year old veteran seeing his current contract expire at the end of the current campaign.