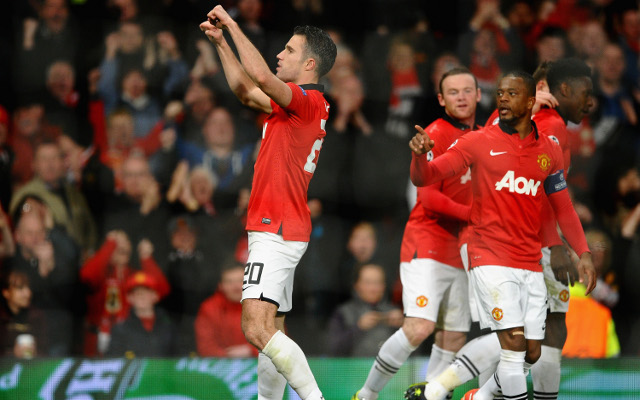 Noisy neighbours look to bring striker to the Etihad.

Manchester City are said to be weighing up a move for Manchester United striker Robin Van Persie if he decides to push through a move away from Old Trafford this summer, according to Football Direct News.

The Blues made an unsuccessful approach for the 30-year-old after winning the Premier League title in 2012, only to see him leave Arsenal for the Red Devils instead.

And after firing United to the title last season he has undergone a significantly more frustrating campaign this season with injuries and rumours of a split with manager David Moyes casting doubt over his future at the club.

The rumoured row with Moyes was played down by the club, but question marks still remain as to whether he will still be there next season.

The player’s only realistic chance of playing Champions League football with United next season is if they lift the European Cup in May, as they are way off the pace in their pursuit of a top-four finish.

But City will be guaranteed a spot at the top table as they continue to chase the Premier League title.

United may not want to sell to a rival, though, but a big enough offer could tempt the Scot to part with the Dutchman as he looks to remodel his squad this summer.