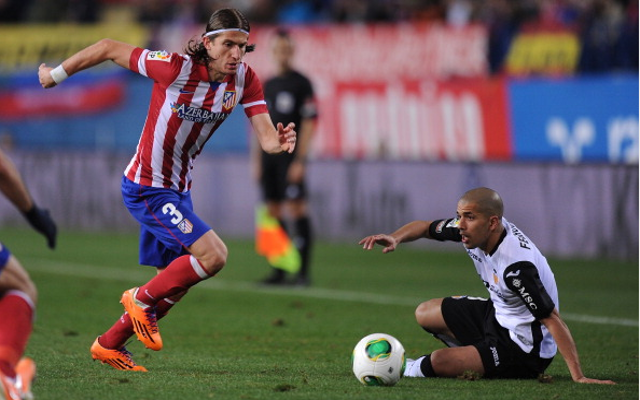 Interest in Atletico Star hots up.

Ligue 1 giants Paris Saint Germain are said to be preparing a move to rival Manchester United for the signature of Atletico Madrid full-back Felipe Luis at the end of the season, according to Football Direct News.

Atletico’s players have rose to prominence over the past two seasons as they continue to make an improved challenge for the La Liga title, with many of them emerging as targets for clubs across Europe.

And Felipe Luis has been one of those players that is being closely watched, who has been in fine form over the course of the current campaign and has earned himself a reputation as a big game player following impressive performances against the likes of Real Madrid and Barcelona.

Premier League champions Manchester United have been keeping a close eye on his progress with the intention of eventually making a move for him at the end of the season, though their path may now be blocked by PSG, who have declared their own interest.

Meanwhile Chelsea are also keen but it is PSG who desire to sign a left-sided full-back as they see veteran Brazilian Maxwell growing closer to retirement.