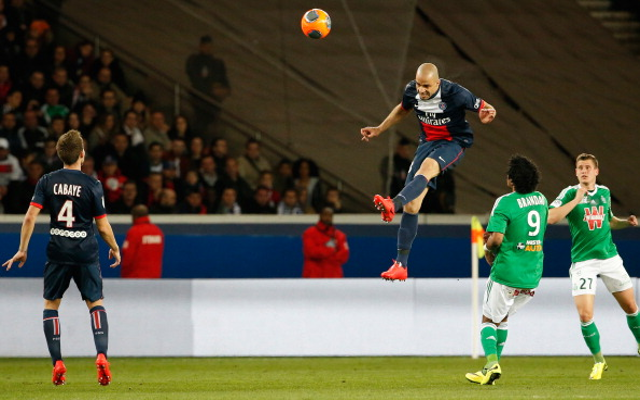 Man United are reportedly interested in signing PSG defender Alex according to the Manchester Evening News.

The Old Trafford side will see Nemanja Vidic leave for Inter Milan in the summer and 35 year old centre-back Rio Ferdinand will see his contract expire at the end of the season so there may well be scope for defensive reinforcements though a move for 31 year old Alex would perhaps be something of a surprise.

The former Chelsea man will be out of contract in the summer so wouldn’t cost Man United a penny and there is no doubting the defender’s pedigree though clearly a move to sign the no-nonsense PSG star wouldn’t exactly be a long term solution to the club’s defensive issues.

Alex spent four seasons in the Stamford Bridge first team set-up before moving to the Parc des Princes in January 2012 and he has gone on to make 78 appearances for the French capital club, playing his part in the club’s Ligue 1 triumph last season.