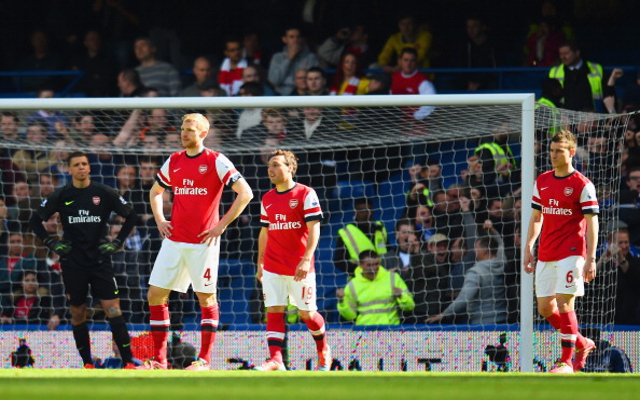 Arsenal go down 2-0 early on after goals from Samuel Eto’o and Andre Schurrle before things get decidedly worse for the North London side during Arsene Wenger’s 1000th game in charge.

Youngster Alex Oxlade-Chamberlain elects to use his hands to keep out a Chelsea effort that is sailing wide only for referee Andre Marriner to send off Kieran Gibbs for the offence.

Eden Hazard duly puts away the spot-kick to hand the Blues a 3-0 lead.