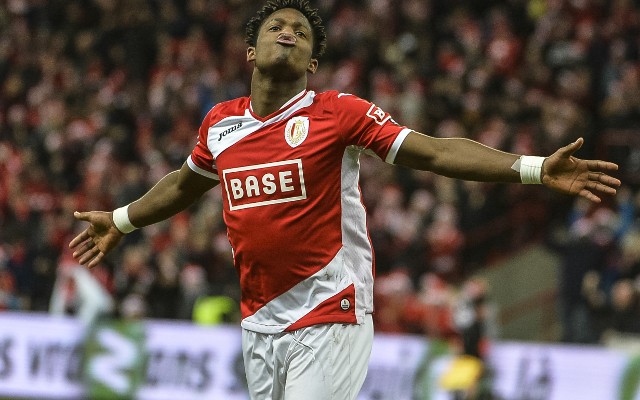 Attacker is top scorer in Belgium with 18 league goals.

The path has been cleared for Arsenal to make a move for in-form Standard Liege frontman Michy Batshuayi after their north London rivals Tottenham Hotspur were ruled out of the running for the Belgium hit man, according to reports in the Sunday Express.

The much talked about Belgium Under-21 international has been in sensational form in front of goal so far this season for the Belgium league leaders, so much so that a number of big-name clubs have all been linked with the 20-year-old of late, including the likes of Arsenal, Spurs and Everton.

However, Standard chairman Roland Duchatelet has now come to confirm that Tottenham have not made any contact with him regarding a move for his star man, leaving the way now clear for the Gunners to make their own move for the striker.

“There’s no interest from Tottenham as far as I know,” Duchatelet said.

“I’ve talked to the strong man of Spurs (chairman Daniel Levy) on Thursday and he has confirmed to me that they don’t want to sign Batshuayi.”

The player himself recently claimed that: “If you ask my favourite team, I’ll say Arsenal.”