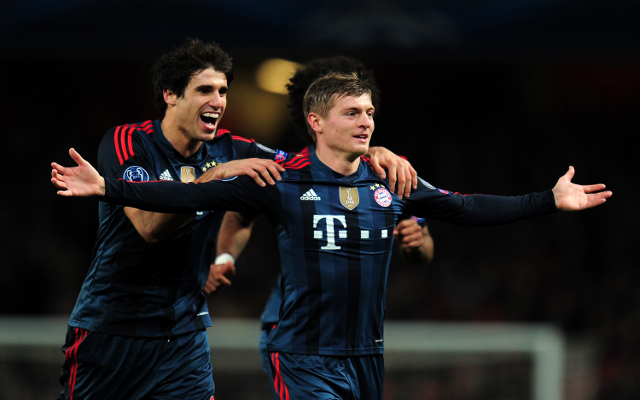 Man United will look to further strengthen their midfield with a £30m bid for Bayern Munich star Toni Kroos.

The 24 year old German international has been repeatedly linked with an Allianz Arena exit, due chiefly to ongoing contractual wranglings between the Bundesliga side and Kroos.

The midfielder has demanded a massive pay-rise that would see him reach parity with the likes of Franck Ribery and Philipp Lahm though Bayern Munich have refused to accommodate his request.

Man United are ready to meet the player’s reported call for a £180k a week deal and will hope that an offer of £30m for a player with just a year left to run on his current contract will be too hard for the Champions League holders to turn down.

Kroos has made 165 appearances for Bayern Munich, scoring 21 goals in the process.