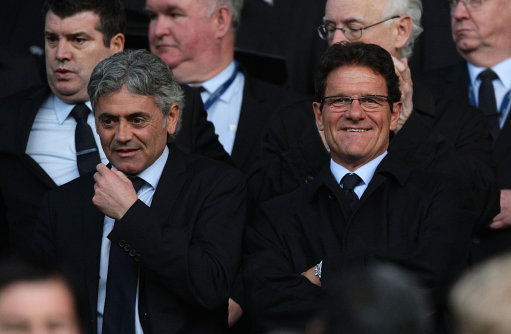 Tottenham Hotspur are set to part company with experienced director of football Franco Baldini at the end of the season, according to reports in the Mail on Sunday.

The Italian previously held the same role at Serie A giants AS Roma and La Liga outfit Real Madrid, while also acting as right-hand man to England head coach Fabio Capello, meaning that the 53-year-old arrived at White Hart Lane with a plethora of top-level contacts built up during his 15 years in the game.

However, Baldini’s position with the north London club has come under increasing scrutiny in recent weeks as Tottenham’s results and form have both hit the buffers under new boss Tim Sherwood, and in particular it is how the club spent the proceeds from the world-record £86m sale of wide man Gareth Bale to the Santiago Bernabeu last summer that has come under most scrutiny.

And now as a result, it is understood that experienced Dutch national team coach Louis van Gaal has told Spurs chairman Daniel Levy that he will not work alongside a director of football in the capital next season.