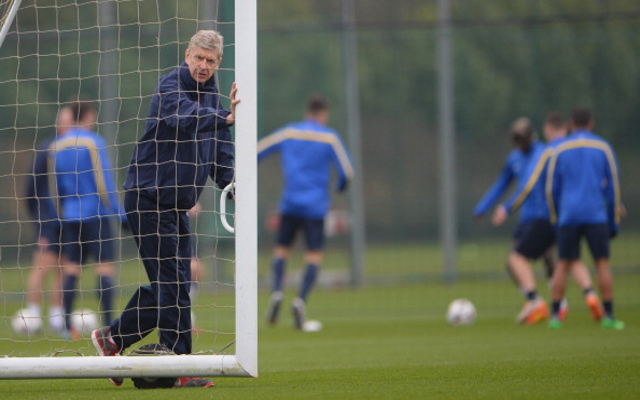 Speculation is rife that Arsenal manager Arsene Wenger is to quit the Gunners at the end of the season and Football Direct News claims that the club’s players have been informed of his decision.

Arsenal have canceled the planned press conference that was due to take place tomorrow ahead of the visit of Swansea City to the Emirates Stadium on Tuesday night amid talk of Wenger’s possible imminent departure.

The fact that the club’s players have fallen silent on their Twitter and Instagram accounts is apparently seen as a sign that they have been ordered to retain their silence on any potential incident that may have occurred following Saturday’s defeat.

This source claims that Arsene Wenger informed his players of his decision to quit the club after their 6-0 hammering at Chelsea after which he failed to attend a post match press conference.

The under-fire boss has seen his side’s Premier League title aspirations all but ended following a run of three defeats in six fixtures that left them seven points off the top of the table and back in fourth place.

Though Arsenal are well placed to clinch an FA Cup triumph, and therefore end a eight season long silverware drought, such a success may be seen as scant reward and the media blackout the club has adopted has only left many expecting Wenger to be on his way out.

Wenger has been in charge of Arsenal since 1996 and in his first ten seasons in charge the Frenchman secured three Premier League titles and four FA Cup triumphs but since 2005 the club have struggled to mount genuine assaults on major trophies and though this current campaign started brightly they have tailed off of late.

Many cite Wenger’s decision to not invest in his squad in January, bar the bizarre signing of Swedish veteran Kim Kallstrom on loan despite the fact he was injured, as the last straw.