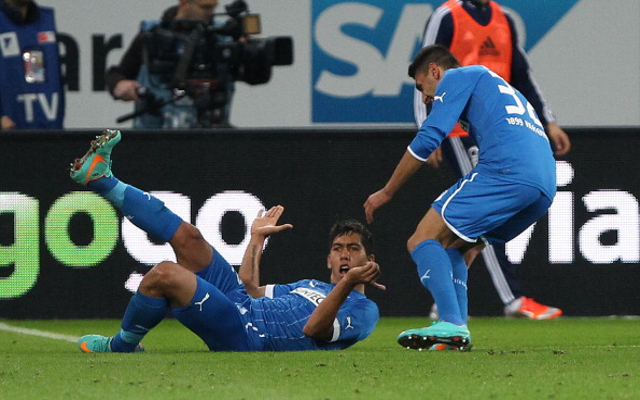 Chelsea are reportedly keeping tabs on Hoffenheim attacker Roberto Firmino as a possible signing should they see Brazilian playmaker Oscar leave for PSG according to Football Direct News.

Blues boss Jose Mourinho would surely be loathed to lose 22 year old Oscar, who has been a hugely impressive performer since his move to Stamford Bridge back in July 2012, and it seems highly unlikely the Premier League side would sell such a crucial player and don’t appear to have the financial need to do so.

That said a move for Bundesliga man Firmino would be a wise one to consider if such an eventuality were to occur.

The attacking midfielder is not only one of the Bundesliga’s top scorers but no other player in the German top tier has provided more assists, form that is all the more laudable given he represents mid-table Hoffenheim.

Firmino’s return of 19 goals and 13 assists in 29 appearances in all competitions is stunning to say the least and that form has led the former Figueirense man to the verge of a first senior Brazilian national team cap.

Arsenal, Tottenham and Inter Milan are all said to be interested in the 22 year old.