Emirates Stadium side set to welcome in top notch additions.

Arsenal are closing in on deals to sign two of the Bundesliga’s top talents this summer with Arsene Wenger in advanced talks to bring in Schalke youngster Julian Draxler and Bayern Munich forward Mario Mandzukic.

CaughtOffside understands that Gunners boss Wenger is ready to raid the German top tier having previously brought in the likes of Per Mertesacker, Lukas Podolski and Serge Gnabry via the same route.

Wenger failed in his January pursuit of Schalke midfielde Draxler but is ready to meet the 20 year old’s £37m release clause.

Arsenal were reticent about forking out a huge sum for the young German international in January chiefly due to the fact that talented goal-scoring playmaker was at the time still sidelined with a long term ankle injury.

Draxler has since returned to the Schalke first team set-up and has been in excellent form, helping Jens Keller’s side to continue their push for a top four finish.

Wenger is ready to make a big money move for Draxler and has already entered into talks with the player’s representatives and is confident of luring the Schalke man to North London this summer.

Arsenal will seek to secure the deal before the 2014 World Cup finals, with Draxler likely to be part of Joachim Low’s German squad. 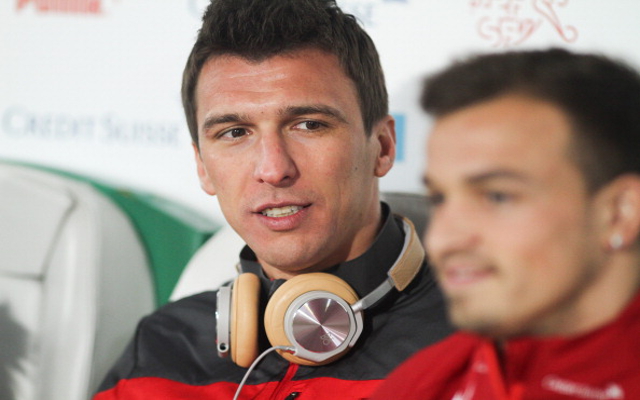 Wenger is also homing in on Bayern Munich forward Mario Mandzukic, with a £25m bid for the former Wolfsburg man on the table.

Mandzukic has been a big hit since moving to Bayern Munich though it appears Pep Guardiola believes the Borussia Dortmund goal machine would be a better fit for the Bavarian club.

The powerful forward netted 22 goals in his debut season at Bayern Munich, helping Jupp Heyneckes side to a famous treble, and has further upped his game this term, scoring 23 goals in 36 appearances.

One can well see why Arsene Wenger would be keen on Mandzukic as he looks to bring in striking additions to support overworked Frenchman Olivier Giroud.

With both Lukas Podolski and Theo Walcott missing massive chunks of the current campaign Wenger has been left short of quality up front at times and Mandzukic is arguably a more reliable option than any of those that the Gunners boss can call upon currently.