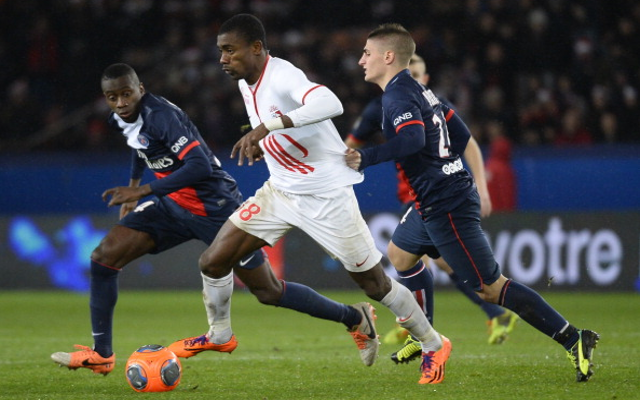 Lille forward Soloman Kalou has revealed that he rejected a return to the Premier League during the January transfer window by turning down a move to Arsenal, according to Sky Sports.

Gunners boss Arsene Wenger had been reported to be taking a closer look at the Ivory Coast international before the January transfer window opened, and wanted to bring him on board in order to boost his attacking options at the Emirates.

However, Kalou, who left Stamford Bridge to join Lille in 2012 has insisted that he knocked back the chance to play in the Premier League again as he wants to see out the rest of the campaign with the club from northern France to help them enjoy a strong finish to the season.

“A loan deal could have been done at the last minute.

“However, I want to finish third [in Ligue 1], prepare for the World Cup and go to the Stade de France to compete in the Coupe de France final.”

Kalou enjoyed the most prolific season of his career last season as he notched up 16 goals in 37 appearances, and he has continued that good run of form into the current campaign by scoring 10 goals in 27 games.