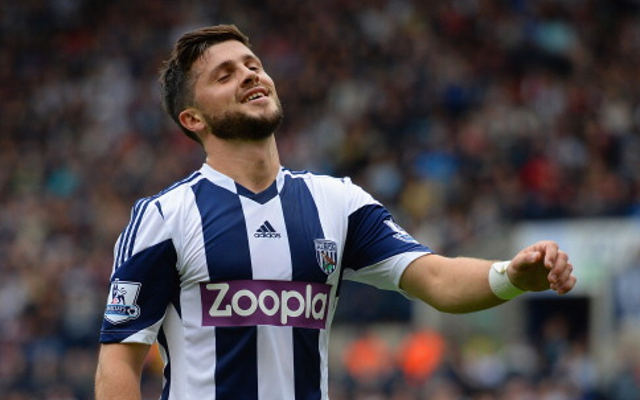 The wife of Hull City front man Shane Long was forced to take to Twitter on Saturday night to condemn the West Bromwich Albion fans who had abused her husband and reduced their young daughter to tears in the aftermath of the Tigers’ 2-0 win over the Baggies in the Premier League at the KC Stadium earlier in the day, according to reports in the Mail on Sunday.

The Republic of Ireland international both won a hotly disputed spot kick for the home team before then scoring their second, however, after the full-time whistle the striker was subjected to “sick” and “vile” comments from visting fans as he walked his four-year-old child Teigan to their car.

And as a result, Long’s wife Kayleah Long wrote on Twitter: “Think it disgusting how people can abuse some1 in front of their child! You should b ashamed! It’s vile! Our daughter is 4 years old and cried as was worried for he dad! Thank god I wasn’t there.

“She loves supporting her daddy… she shouldn’t have 2 not go coz some a********* can’t handle the losing. He was walking with her to the car. Awful she was in tears!

“Some pathetic men were abusing swearing at Shane in front of my daughter that I think is vile! Calling him a c*** and all sorts! Seriously horrible sick idiots out there!

“Most Albion fans have been lovely u just always get the odd few that r boring me.”