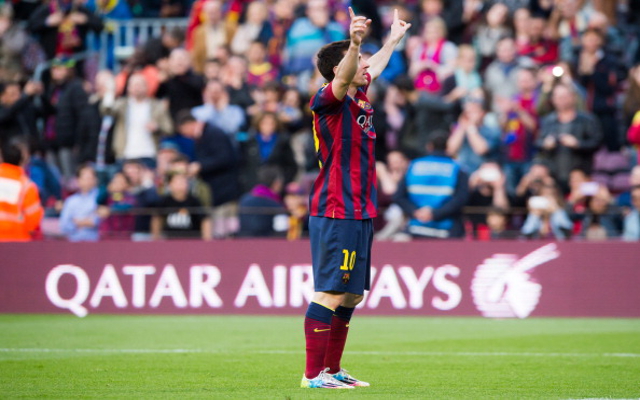 Atleti are the new leaders as the La Liga race starts again.

All the latest headlines from the newspapers in Spain as Barcelona secure victory in an action-packed Clasico against Real Madrid on Sunday night.

– Atletico is the new leader after Barca’s conquering of the Bernabeu.

– A beautiful Clasico overflowing with emotion and story lines.

– A hat-trick for Lionel Messi, who now is the leading goalscorer in Clasico’s in history.

– Carlo Ancelotti continues to fail to convince in the big games.

– Neymar and Gareth Bale were absent.

– Cristiano Ronaldo: “Many are not interested in us winning”.

– Ramos: “There are things that go against us that one cannot fight and they are pre-meditated”

– The stomping of Sergio Busquets on Pepe.

– Installed as the new leaders. Gabi and Diego Costa despatch Betis in an even game.

– Three penalties, seven goals, a red card and a lot of emotion.

– Cristiano rages at Undiano: “The referee was white and nervous, he cannot referee like this. We do not want him to referee the final of the Copa del Rey”.

– Messi, with a memorable hat-trick and Andres Iniesta lead a spectacular Barca.

– The champions were brave and are back in the race for La Liga after a classic that saw three penalties awarded.

– Atletico are the new leaders.