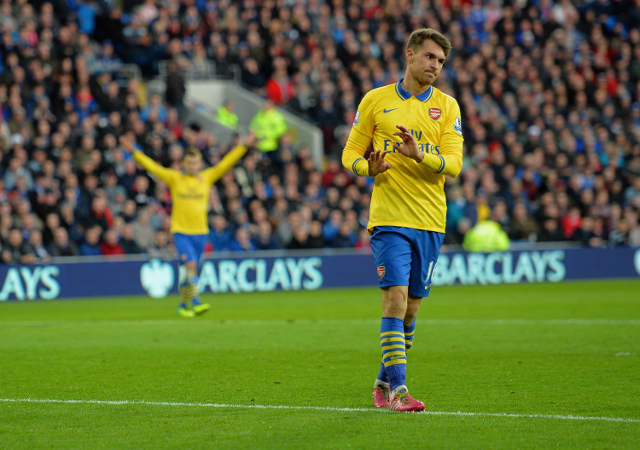 Crocked Emirates Stadium star sings the praises, see what we did there, of artist Michael Rosenberg who is better known as the Passenger.

Welsh midfielder takes in a gig during his recovery from injury and meets up back-stage with the Passenger, who is apparently an Arsenal fan.

The 23 year old midfielder has been out of action since Boxing Day due to a thigh injury but has recently signed a five year contract with the club worth around £90k a week.

Ramsey is itching to get back to full fitness stating;

“Hopefully now I can get back out on that pitch as quickly as possible and show what I’m capable of doing and finish off the season in some style as well.

arsenal. arsenal fc, afc, the gunners, the emirates, arsene wenger, wenger, aaron ramsey, ramsey,MORE TO GIVE: Ramsey thinks he has plenty more to give for the remainder of the season [GETTY]
“Hopefully now I can get back out on that pitch as quickly as possible and show what I’m capable of doing and finish off the season in some style as well.”
Aaron Ramsey
“I feel like there’s plenty more to come. This season I’ve proved a lot of people wrong. There was a tough time in the period after my injury but I’ve got through that and I feel really con? dent and feel like I’m improving with every game.

“The number of goals I scored early on was quite good for a mid?elder.

“I’ve been a lot more composed in front of goal and taking my chances.

“To get to the next level I need to go into the big games and to really show my authority in those games.”