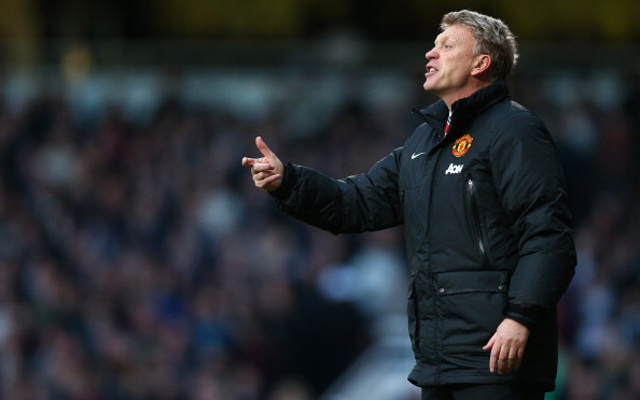 Old Trafford side set to welcome in many new additions this summer.

Man United have reportedly already agreed deals to sign two players this summer according to reports in today’s Guardian.

The deals have apparently been planned well in advance and are to be part of an extensive ‘recruitment’ plan this summer and one the Old Trafford side clearly need to put into operation after a fairly disastrous season thus far.

Some sources appear to suggest that Sporting Lisbon midfielder William Carvalho could be one of the two players in question with the Sunday People claiming that Man United have already agreed a £37m deal to sign the Portuguese international.

Moyes had appeared to be on the verge of the sack a few short weeks ago but a comeback win over Olympiakos and a comfortable victory over West Ham have appeared to offer some respite to the Scottish boss.

Man United’s board seem keen to stand by their appointment of the former Everton manager and some sources state that as much as £200m would be made available to Moyes as he sets about freshening up his squad.

It seems that it could be something of an end of an era for the club’s back-line with Nemanja Vidic having already agreed a move to join Inter Milan at the end of the season and with both Rio Ferdinand and Patrice Evra’s contracts also set to expire.

Ryan Giggs may also opt to call it a day when his current deal ends this summer, though his mercurial display against Olympiakos certainly shows he is still very capable of making a real impact at the highest level.