An image of what could possibly Tottenham’s new away shirt for the 2014/15 season has been leaked online.

Whether it is the real deal remains to be seen, but it carries the insignia of current kit manufacturer Under Armour and carries the club’s sponsor of AIA.

It is hard to tell whether it is black or dark blue from the image, but it is lightened by a light yellow trim. 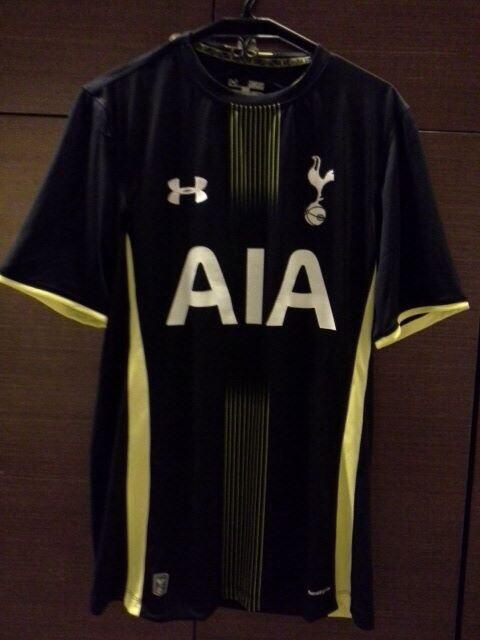