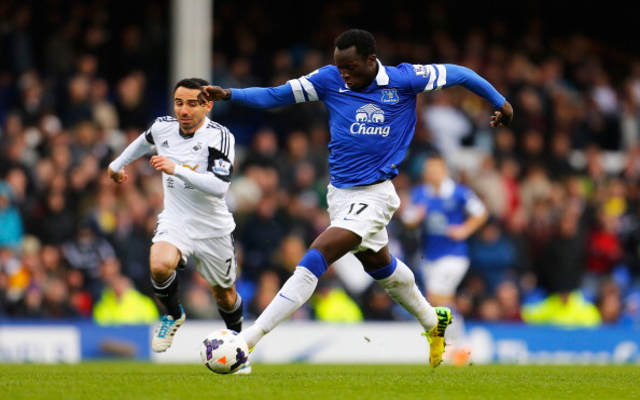 Tottenham will step-up their pursuit of a fresh striking weapon this summer and have identified Chelsea youngster Romelu Lukaku as their prime target according to the Daily Telegraph.

The White Hart Lane side invested upwards of £50m on Erik Lamela and Roberto Soldado over the summer but neither has produced the goods and but for a resurgent run of form from Togo international Emmanuel Adebayor the North London club’s push for a top four finish would’ve ended months ago.

Adebayor’s run of eight goals in 14 Premier League starts has come off the back of the renewed faith he received from Tim Sherwood, with previous manager Andre Villas-Boas having frozen the former Arsenal man out of his first team set-up.

20 year old Belgian Lukaku has impressed during loan spells at West Brom and Everton, scoring 28 goals in 57 appearances for the two sides, a strike rate that is all the more impressive when you consider 17 of those appearances came from the bench.

Jose Mourinho doesn’t appear to see the powerful forward as part of his plans and could well opt to cash-in on his services, in a similar manner to which he happily opted to accrue funds from the sales of Kevin de Bruyne and Juan Mata in January.

The option of selling to a London rival is also not likely to bother Mourinho, especially if he doesn’t feel Totteham are direct rivals for the Premier League title.