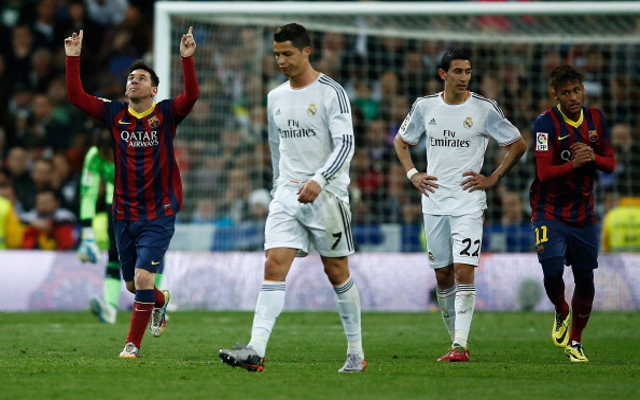 Check in to FC Barcelona vs Celta de Vigo

Barcelona are set to hand Argentine international Lionel Messi a new contract that would make the 26 year old the highest paid footballer on the planet according to the Daily Telegraph.

Messi will be offered a whopping £336k a week deal by the Nou Camp side an offer that far exceeds the recent contract signed by Real Madrid star Cristiano Ronaldo.

The deal stands to earn Messi just short of £17m a year and commits the four time Balon d’Or winner to the club he has represented since the age of 13.

Messi netted a hat-trick in the recent El Clasico win over Real Madrid that keeps his side in the hunt for the La Liga title.

Lionel Messi has scored a total of 347 goals in 413 senior appearances for Barcelona helping the Catalan side to six La Liga titles and three Champions League triumphs among a host of honours.