With the Premier League champions now looking likely to end the campaign without any silverware, and with defence having been a huge problem for the Red Devils for much of the campaign, here are five possible centre backs that manager David Moyes should try to sign this summer to help shore up their leaky back line … 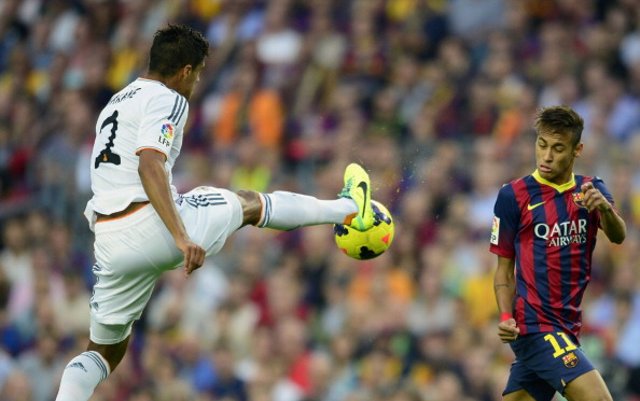 The silky-smooth France international really hit the headlines at the Santiago Bernabeu when previous boss Jose Mourinho was in charge of the club, however, since the Portuguese was replaced by Carlo Ancelotti in the Spanish capital, the defensive starlet has lost his place at the back to Pepe, placing a big question mark over his future at los Blancos this summer.

And if there is any chance of the Red Devils being able to lure the 20-year-old to Old Trafford next season, whatever the cost of such a transfer, then Moyes should take it.