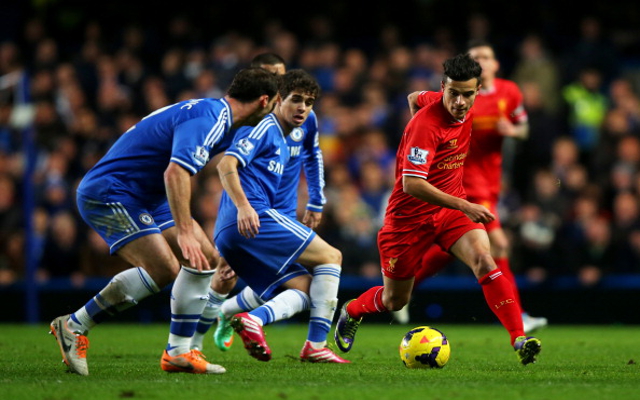 Serie A side Juventus are lining up an ambitious move for Liverpool playmaker Philippe Coutinho according to Football Direct News.

The Brazilian has been in fine form this term and is a key cog in Brendan Rodgers’ attack and not likely to be a player the Anfield side would consider selling.

Antonio Conte is looking to add more creativity to his midfield and Juventus are apparently ready to cash in on youngster Paul Pogba and will therefore have funds to re-invest in their squad.

The 21 year old Liverpool star would appear to have no reason to consider leaving Merseyside given that his side are now not only set for a Champions League berth but are also very much in the hunt for a Premier League title.

Coutinho was stagnating in Italy with Inter Milan prior to his £8.5m move to Liverpool last January, displaying form over the past year that has brought him close to a return to the Brazilian national team set-up and could be an outside bet to make Felipe Scolari’s 2014 World Cup squad having not added to his single cap earned back in 2010.