Liverpool play host to struggling Sunderland at Anfield on Wednesday night looking to close the gap on league leaders Chelsea at the top of the table with a win, and this is the starting lineup we expect Reds head coach Brendan Rodgers to go with against the Black Cats … 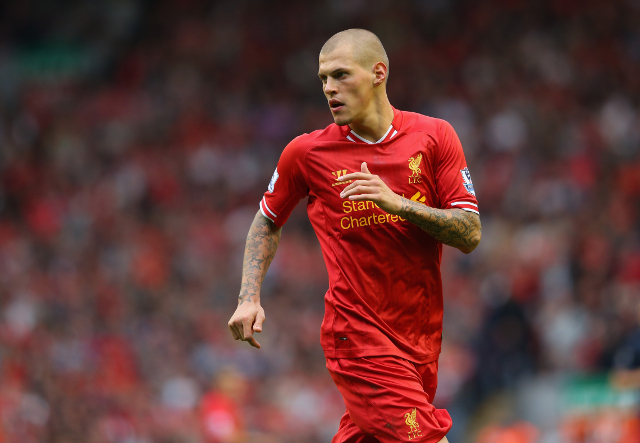 The Belgium international has enjoyed a steady debut campaign on Merseyside after replacing fans’ favourite Jose Manuel Reina between the posts last summer following a £9m move from their opponents on Wednesday night.

The always dependable Englishman has been in brilliant form on the right-hand side of the Reds’ back four ever since returning from injury recently, and Liverpool will be wanting more of the same from the full back against Sunderland in midweek.

After letting in another three goals at struggling Cardiff City on the weekend, the Danish centre back’s position at the heart of the Reds’ back four may come under threat against Sunderland, although expect the Liverpool vice-captain to hold on to his starting spot for now.

What a campaign the shaven-headed Slovakia international skipper is currently enjoying, with two more goals to his name at Cardiff on Saturday to go alongside his rock-solid displays the back for the Merseyside giants.

The England Under-21 international had one of his more unconvincing performances as the Reds let in three goals in South Wales on the weekend, however, there is no chance of the versatile full back not keeping his place at left back against Sunderland though.