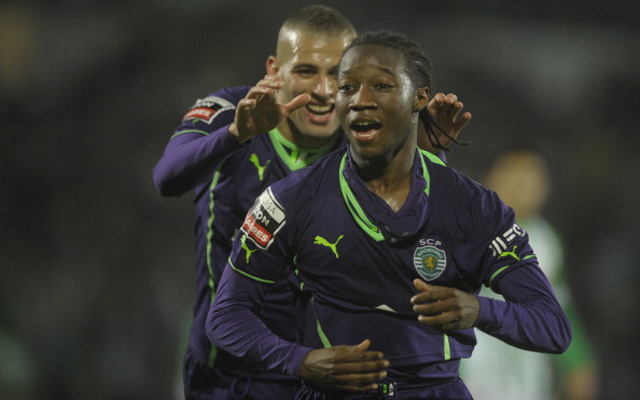 Duo to battle with Man City for Portugal under-21 international.

Chelsea, Manchester United and Man City are locked in a three-way battle for the Portuguese youngster dubbed the ‘new Cristiano Ronaldo’.

Sporting’s Carlos Mane is just 20 but the winger is already attracting attention from Europe’s biggest clubs and the Premier League trio are front of the queue to sign him this summer, reports Portuguese daily O Jogo.

Mane made his senior debut in October and has gone on to make 13 appearances for Sporting this season, scoring four times.

The Primera Liga club are under no pressure to sell the the forward, who has a contract until 2018 and a buy-out clause of €45m, but Chelsea and City have plenty of cash, while United boss David Moyes will reportedly be handed a £100m kitty to rebuild his struggling team this summer.

Mane started his career as a right winger but has played the last four matches as a number 10 (according to another Portuguese newspaper, Record) leading to the comparisons with Real Madrid superstar Ronaldo.