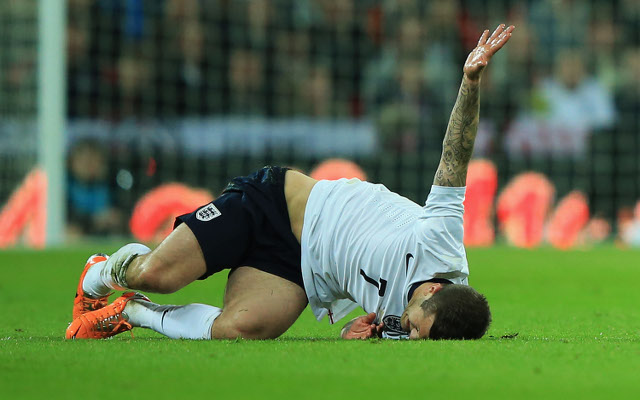 Englishman is still hoping to be fit for the World Cup.

Arsenal and England midfielder Jack Wilshere has been stepping up his recovery from the broken foot that he recently sustained playing for his country.

The England international picked up the problem in a friendly international against Denmark at Wembley Stadium earlier this month following a crunching tackle from Liverpool defender Daniel Agger.

And with the player having been ruled out of action for at least a six-week period, there have been fears that Wilshere may not recover in time to take his place in Three Lions head coach Roy Hodgson’s 23-man squad for this summer’s Fifa World Cup in Brazil.

However, to aid his recovery the 22-year-old has been using a cryotherapy chamber designed to reduce swelling, pain and spasm and increase cellular survival at temperatures ranging between -100C and -130C.

Wilshere, though, seemed up for the challenge as he posted a picture on Twitter of himself preparing to go into the chamber with these words: “12 minutes of Cryotherapy to aid recovery!! -100 Degrees…wish me luck!!! #Brrrrrrr”!