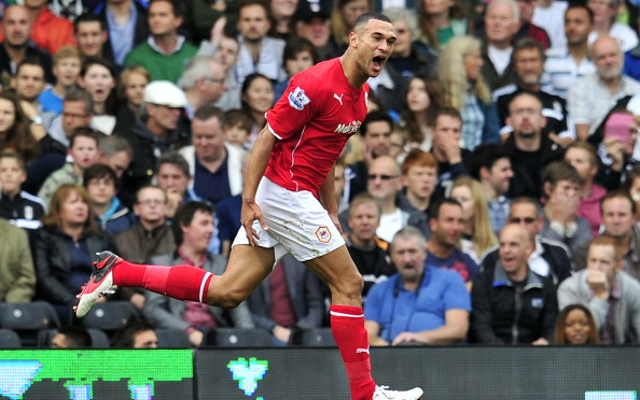 Tottenham Hotspur are apparently looking into the possibility of bringing Steven Caulker back to the club just a year after selling him to Cardiff City, according to the Metro.

The 22-year-old has been a revaluation for the Premier League new boys this season since signing on for £8m last summer.

Spurs are said to be keen to add some fresh blood to their defensive line this summer as the future’s of both Younes Kaboul and Jan Vertonghen in doubt. The Belgian international has been linked with an irresistible switch to Barcelona and now manager Tim Sherwood could plan a surprise move to bring Caulker back to north London.

Sherwood worked with the centre-half during his spell in Tottenham’s youth set up, with the now Spurs manager singing his praises and pushing for his place in the first team squad.

However, Sherwood’s own future at the club is still in doubt after a series of shaky results and public outbursts, but should the former midfielder still be at the helm next term, and depending on whether Spurs inserted a buy-back clause in Caulker’s contract then a deal could very well be on the cards.