The north London club play host to title chasing Manchester City at the Emirates on Saturday evening and this is the starting XI we expect Gunners head coach Arsene Wenger to go with …
SEE ALSO: The top 10 best Arsenal games of all time
SEE ALSO: The best goalkeepers according to FIFA 14 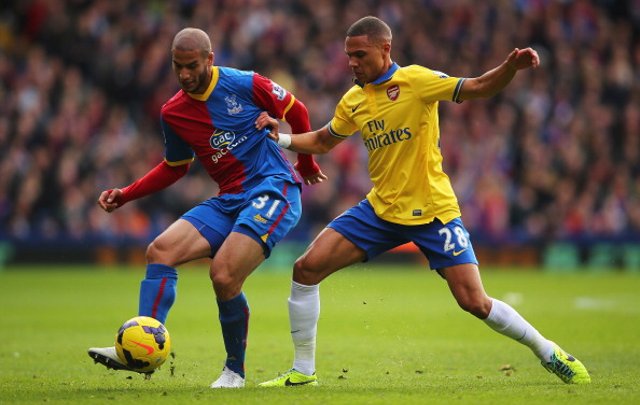 The Poland international has faced calls for him to be axed in recent weeks in the aftermath of the north Londoners’ 6-0 thrashing at the hands of Chelsea, however, it looks like manager Arsene Wenger will at least stick with his young keeper for the visit of Man City on Saturday evening.

The France international has enjoyed yet another impressive and consistent campaign on the right-hand side of the Gunners back four as the 31-year-old raids up and down that flank, something the home team will need the Frenchman to do much of against the Blues this weekend.

The big and imposing Germany international has been a rock-s0lid presence at the heart of the Gunnners back four throughout this campaign, although one gets the feeling that he will need to be at his very best when the north-west giants come to town on Saturday.

The north Londoners’ skipper continues to cover for the injured Laurent Koscielny at the back for Arsenal following the France international’s untimely injury in the first half during the Gunners’ recent 6-0 mauling at Stamford Bridge.

The young Englishman did feature after all on the left-hand side of Arsenal’s defence in their 2-2 draw with struggling Swansea City at the Emirates on Tuesday night after having his red card at Chelsea last weekend overturned on appeal by The Football Association.