United midfielder set for a spell in the stands.

Manchester United midfielder Marouane Fellaini is in trouble once again after images showed that he spat on Manchester City defender Pablo Zabaleta after flooring him with a vicious elbow to the face.

United suffered a heavy 3-0 defeat at home to their cross city neighbours and as frustrations boiled over the Belgian international lost his cool and was lucky to escape punishment on the night.

However, he may now be set to face a ban after footage showed that he spat on the Argentine whilst he was on the floor. 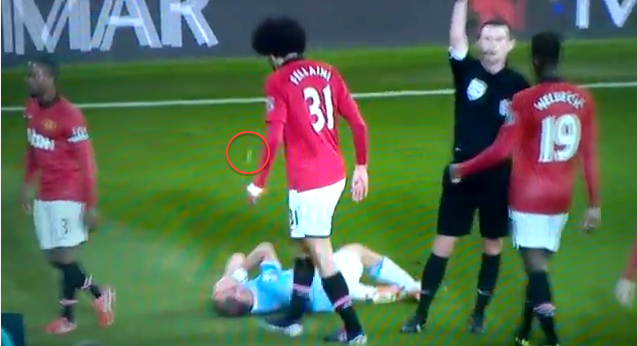 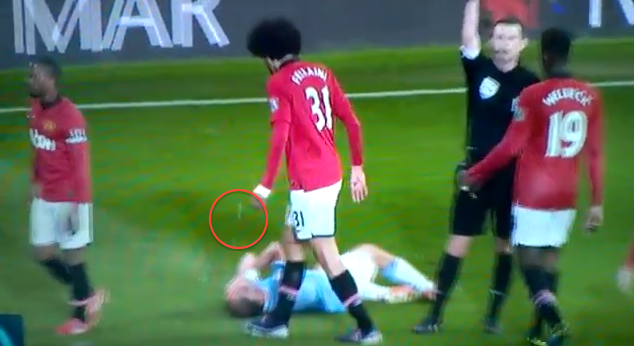 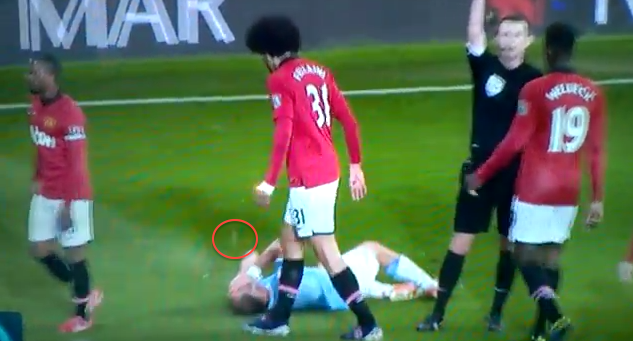