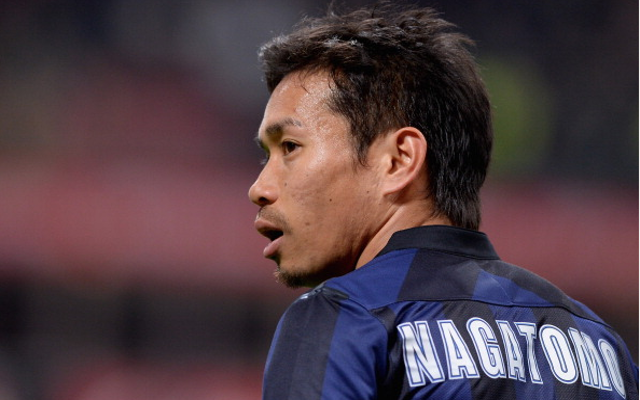 Emirates Stadium side want to bring in experienced Japanese international.

Arsenal’s pursuit of fresh defensive options has led Arsene Wenger to the San Siro with the Gunners boss plotting a move for Inter Milan wing-back Yuto Nagatomo according to Football Direct News.

The 27 year old is into his fourth season in the Nerazzurri first team set-up, having impressed at Cesena, and the attack minded full-back has had an impressive campaign this term.

Inter Milan are looking to battle back after a few lean years and new president Erick Thohir may well be looking to ring the changes at the club but one would imagine the Japanese international is not a player boss Walter Mazzarri wants to sell.

Arsene Wenger is apparently open to the possibility of signing a new left-back with this source claiming that the Arsenal manager is not all that impressed by the efforts of Spaniard Nacho Monreal, who hasn’t been able to challenge Kieran Gibbs for the first team spot with enough consistency.

One would have imagined that the search for a right-back was far more pressing, with veteran Bacary Sagna still holding out on signing a new contract with a summer exit likely.