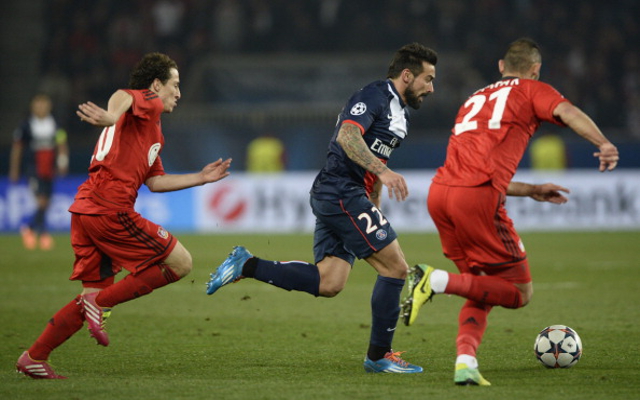 Chelsea boss Jose Mourinho has reportedly made contact with PSG attacker Ezequiel Lavezzi, leading to speculation that the West London side will make a summer offer for the Argentine according to Fichajes.

The Blues come up against PSG in the Champions League next week and Sport Witness claims that the 28 year old may be open to a Parc des Princes exit.

PSG paid Napoli £25m for the adaptable attacker in July 2012 and at times Lavezzi has struggled for form and has not always been in Laurent Blanc’s starting eleven.

Jose Mourinho may well look to Lavezzi to lead his attack, where the Portuguese manager could well do with extra, more effective, options.

The likes of Fernando Torres, Samuel Eto’o and Demba Ba have failed to perform on a consistent basis and perhaps Mourinho sees Lavezzi as the man for the job.

Lavezzi can also be used in a wide-attacking role and would presumably cost Chelsea a fee in excess of that paid by PSG for his services.