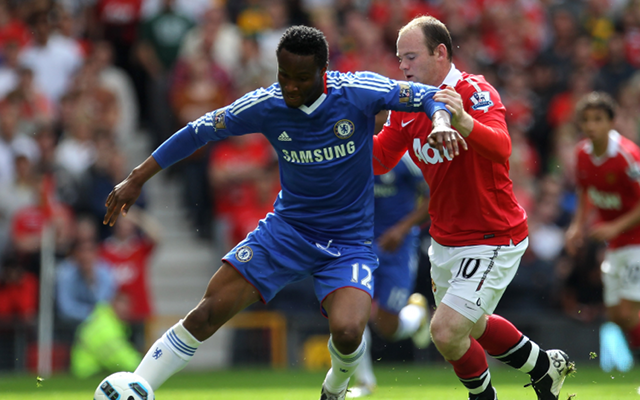 Chelsea midfielder Jon Obi Mikel has announced that he intends to leave the club at the end of the season after falling down the pecking order since Nemanja Matic arrived during the January transfer window, according the Daily Mirror.

The 26-year-old has only featured twice since the Serb made his expensive return to west London, and Mikel is aware that things aren’t likely to change anytime soon and he is eager for more regular playing time.

He still has three years to run his contract with the club but has grown frustrated with life under Jose Mourinho and has told him that he wants to make an exit this summer.

There has already been strong interest from Galatasaray but there are also likely to be Italian clubs in the chase for Mikel.

However, Chelsea aren’t thought to be willing to let him go on the cheap as they are aware of his value, but following a successful World Cup they may not be able to dig their heels in the way they normally would.

Mikel has made over 300 appearances for the Blues since joining from Norwegian outfit Lyn Oslo back in 2006.