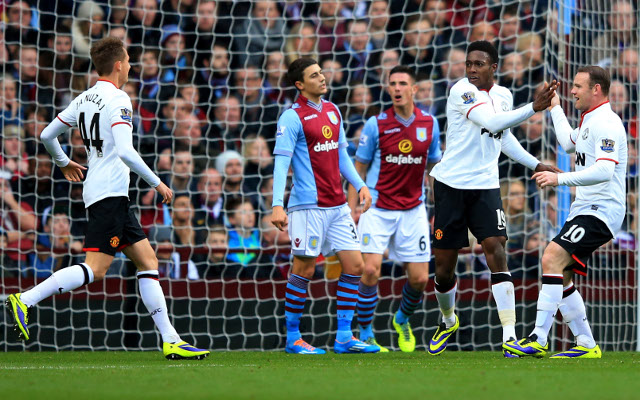 Live streaming for the Premier League clash between Manchester United and Aston Villa.

Manchester United have received mixed news on their defensive crisis as skipper Nemanja Vidic returns from suspension, but fellow centre-backs Chris Smalling and Jonny Evans are rated as doubtful with respective hamstring and calf problems.

Striker Robin Van Persie will miss out on the next six weeks of action with a knee injury.

Aston Villa will be sweating on the fitness of central midfielder Karim El Ahmadi after he is still struggling to overcome a thigh strain he sustained in last weekend’s defeat to Stoke City.

Forward Andreas Weimann was also forced off during the first half of the clash against Stoke with a dead leg, though he is expected to be passed fit.

Villa have won only once in their last 34 league and cup games against Manchester United – a 1-0 triumph at Old Trafford in December 2009 when Gabby Agbonlahor scored with a header.