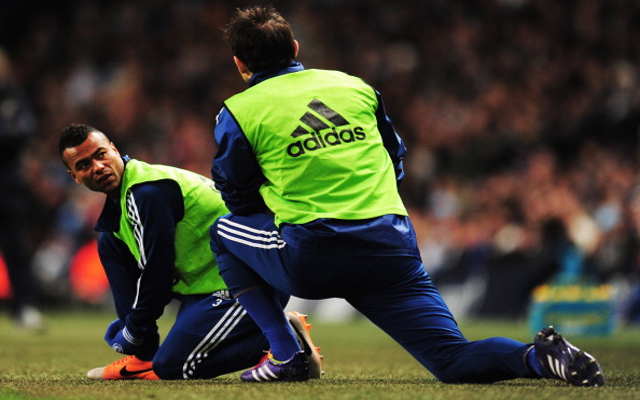 Stamford Bridge left-back could be set for Bernabeu switch.

Real Madrid are to offer Chelsea left-back Ashley Cole a lucrative two year deal this summer according to The Sun.

The 33 year old England international has been frozen out of the Blues first team set-up since the turn of the year and his contract is set to expire in the summer, leaving the door open for a free transfer move at the end of the season.

Former Blues boss Carlo Ancelotti clearly feels Cole has something to offer and will hand the experienced defender a deal worth £8m which could well lead to a move to the Spanish capital.

There is said to be interest in Cole from a number of MLS sides though Cole may well feel he still has what it takes to perform at the highest level and maybe elect to pursue a move to a European side.

Cole has seen his Chelsea spot taken by Spaniard Cesar Azpilicueta, who has excelled as a make-shift left-back, with Branislav Ivanovic continuing to fill the right-back berth.