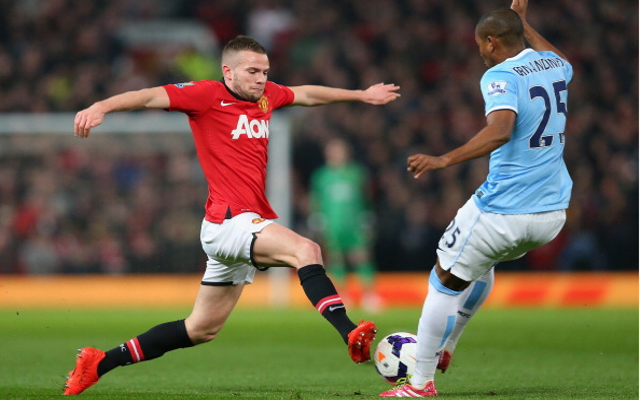 Goodison Park side to offer big sum for below par Old Trafford star.

Everton have set their sights on under-fire Man United midfielder Tom Cleverley with Toffees boss Roberto Martinez ready to fork out as much as £15m for the England man according to the Sunday People.

The 24 year old has become something of a scapegoat for Man United’s woes this term and whilst that may be a tad unfair it is fair to state that the efforts of the Old Trafford midfielder have been fairly woeful this season.

A petition was produced by some fans who felt that his continued presence in the Man United squad was nothing short of a travesty, though against that was perhaps going a little too far.

That said if an offer of £15m is truly made for Cleverley then David Moyes would surely take the money and run.

Though the former Everton manager has backed Cleverley to the hilt in press-conferences the Scot has also reduced the player’s involvement of late and that may be a truer reflection of how highly he rates the schemer.

Cleverley has started 17 Premier League fixtures this term though it’s worth noting that only four of those came since the turn of the year and his display in the first half against Man City last week saw his hauled off at half-time.