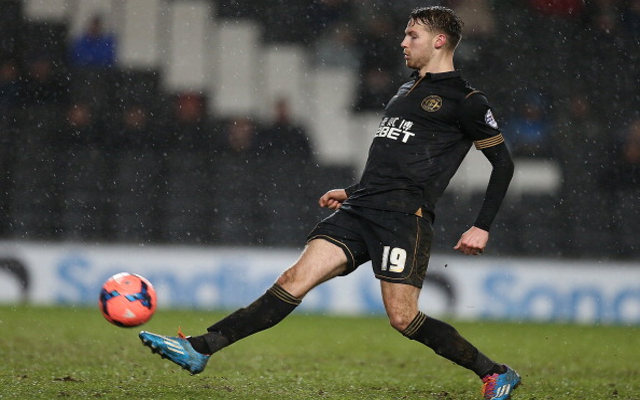 Swansea City will look to tempt Man United into selling youngster Nick Powell with an opening offer of £5m for the midfielder according to the Sunday Mirror.

The 20 year old has greatly aided the Latics push for a return to the Premier League as well as impressing in their FA Cup run and will certainly have had watching scouts sitting up and taking notice.

Powell is Wigan Athletic’s top scorer this term having scored 14 goals in all competitions and this source believes he would fit the style of play adopted by Swansea City.

Liberty Stadium boss Garry Monk will hope to keep his side in the top tier and if he does then he may well be rewarded with a decent transfer fund boost and may then have to consider upping this £5m offer to have a real chance of securing an England Under 21 international who has the potential to be a big star.

Norwich City, Hull City and Stoke City are all said to be keen on Powell, who moved to Man United from Crewe Alexandra back in July 2012 a move that is said to have cost the Old Trafford club £6m.

Powell has made just