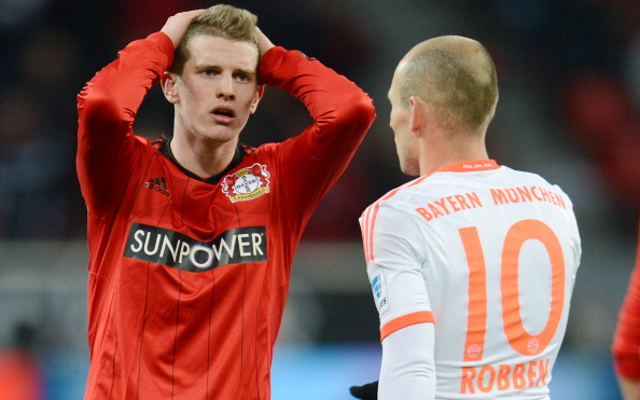 Arsenal are set to show Mikel Arteta the exit door this summer and have lined up Bayer Leverkusen’s Lars Bender as his replacement.

The former Everton man turned 32 this week and with just one year remaining on his current deal at the Emirates CaughtOffside understands that he is not to be offered a new contract and will instead be moved on for a fraction of his asking price in order to make room for the German star.

Arteta himself arrived at the club as a replacement for Cesc Fabregas, who had just departed for Barcelona, and though they were boots he was never going to fill he managed to create a space within the squad for himself as a midfield lynchpin and a crucial component of how Wenger wanted his side to play.

However, after seeing another title challenge threaten to fall by the wayside Wenger is eager to press ahead with an overhaul of his playing staff with Arteta being one of the first casualties of his starting XI.

Wenger has been handed a transfer war chest of £120m ahead of the summer transfer window and has been tasked with replacing some of his less-than-world-class stars with the money, and anyone he can sell will either help to balance the books or go back into his pocket to further boost the squad.

The Gunenrs have had their eye on Bender for just under a year now and Wenger has been tipped to make a move for the 24-year-old in each of the last tw transfer windows.

It’s well known that the club have failed to replace Alex Song with another defensive midfielder of the same class, and many believe that this failure has been their undoing ever since the Cameroonian left.

Bender has been a mainstay in the Leverkusen side since arriving from 1860 Munich in 2009, and has gone on to 163 appearances, scoring 14 goals in the process. He has also collected 17 caps for the German national side and is fully expected to head to Brazil this summer to take part in the World Cup.

Arsenal sought to add to their midfield in January by bringing in Swedish international Kim Kallstrom on loan for the remainder of the campaign, but having missed the majority of his spell in north London through injury and is not expected to be invited to extend his stay.