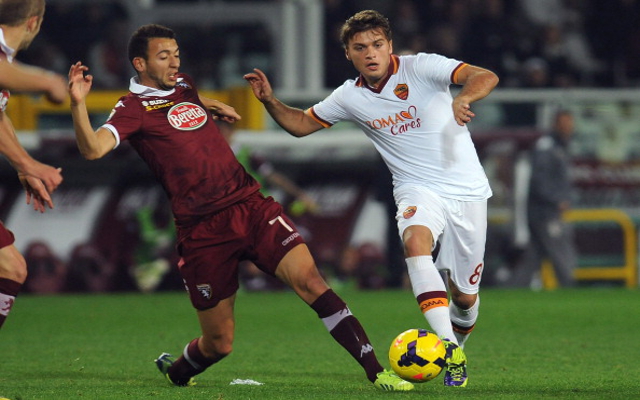 Old Trafford side to bring in AS Roma man.

The 22 year old Serbian has been frozen out of Rudi Garcia’s starting eleven of late despite a solid enough start to his Stadio Olimpico career following a summer move to the Italian capital from Fiorentina, where he was seen as a replacement for Tottenham bound youngster Erik Lamela.

Ljajic has started just four Serie A fixtures in 2014 though did begin the campaign with three goals in his opening four appearances though is apparently now very much a target of Old Trafford boss David Moyes.

Man United are to meet AS Roma’s £10m valuation and a move is on the cards according to this source.

Ljajic was due to sign for Man United back in 2010 following a successful trial with the Premier League club but the move fell through and instead the stylish forward left Partizan Belgrade for Italy.