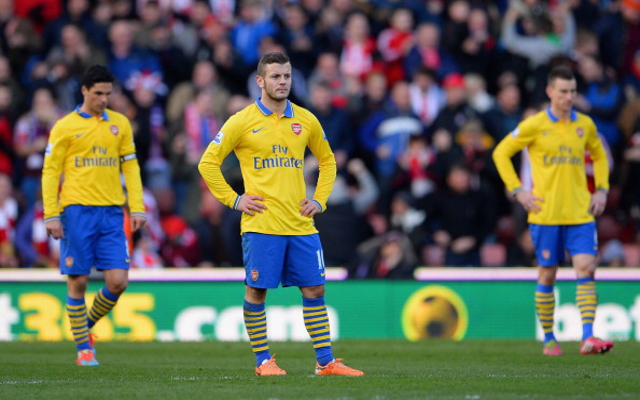 Emirates Stadium side set for yet another Nou Camp raid?

Arsenal may well be concerned as reports that Barcelona are once again planning a move to raid the North London club according to Football Direct News.

The Nou Camp side are said to be keen on strengthening their midfield options and with Sergi Roberto and Alex Song set to leave the Catalan giants they are looking to bring in England international Jack Wilshere, which would be the latest in a long line of moves to bring in players from the Premier League club.

The likes of Marc Overmars, Emmanuel Petit, Thierry Henry and Cesc Fabregas have made such a move in the past and this source even claims that Arsenal may even consider a sale of the 22 year old, who has suffered with injuries in recent seasons.

Wilshere is often cited as one of the hottest prospects in English football but often misses chunks of campaigns, sidelined with numerous knocks, which could perhaps leave Arsenal open to a big money offer for his services.

The midfielder has been out for almost a month after fracturing his foot during England’s friendly win over Denmark.

Jack Wilshere has made a total of 130 appearances for Arsenal.