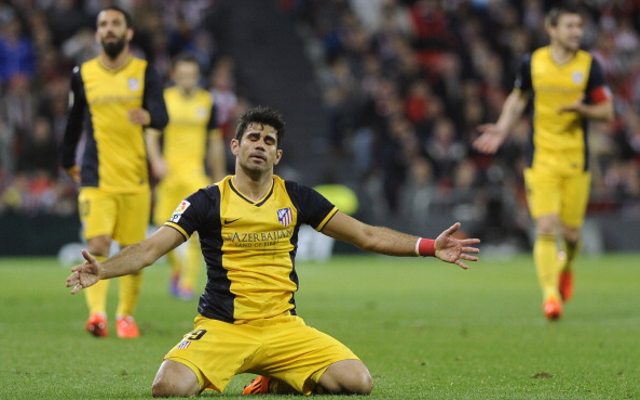 Arsenal boss Arsene Wenger is set to unleash a £100m spending spree this summer after being handed a transfer war chest ahead of the next transfer window, according to the Metro.

Gunners supremo Stan Kroenke is remaining adamant in his support of Wenger despite their title challenge falling by the wayside once again this term, and is willing to bankroll him with a further £100m in order to ensure the same won’t happen again next term.

And with a new striker at the top of his wish list, the Frenchman will make moves for both Atletico Madrid’s Diego Costa and Bayern Munich’s Mario Mandzukic.

With Nicklas Bendtner and Olivier Giroud likely to make exits at the end of the summer the club will be without any major firepower going into the new campaign, and Kroenke is eager to bring in some world class strikers in their wake.

The club will also follow up on their long standing interest in Schalke forward Julian Draxler by making the Bundesliga club a substantial offer that they won’t be able to refuse.

Wenger, who is out of contract in the summer, has given his word to the club that he will sign a new deal ‘unless he decides otherwise’, which suggests he may be ready to walk away should the club fail to secure Champions League football next term.