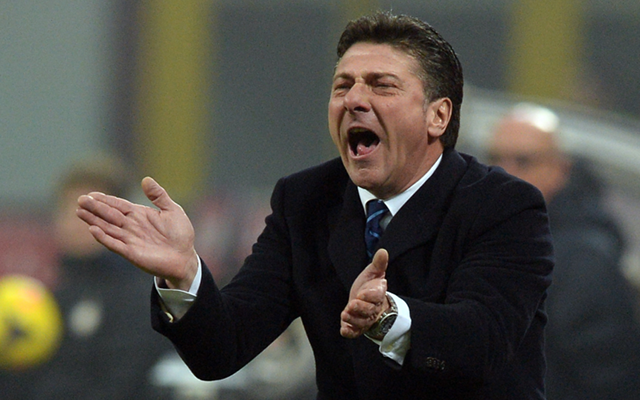 All the latest headlines from the newspapers in Italy as Inter Milan coach Walter Mazzarri continues to come under intense pressure as his side struggle.

– “Shameful Inter” – only two points won in the last three games. Ahead through Hernanes and Rodrigo Palacio, Inter let Livorno back to 2-2. Terrible error by Fredy Guarin to put Emenghara through for the equaliser.

– Antognoni, 60 years old and one wish: “Be a director with Italy”.

– Advice from Collina and Busacca to Rizzoli: No to the consultation.

– Rizzoli: “Seba, what is it?”, Peruzzo: “Seems like a penalty” – here is the secret discussion for the Sassuolo penalty appeal, as officials come under fire after controversy.

– “Napoli masterpiece… With Juventus, 45 perfect minutes, they always control games but we didn’t let them”.

– Listen to Antonio Conte: “In the market we save money, the others instead spend €100m. I’d like that too”.

– Maxime Gonalons: “I’ll beat Juve, then I go to Napoli”. Lyon midfielder had been close to joining Rafa Benitez in the transfer window, but is likely to secure deal this summer.

– De Luca exclusive: “Yes Atalanta, with you I dream of the Azzurri”.

– Red Milan – Adriano Galliani could pay for everything.