Israeli’s show they have great taste in television shows.

Heisenberg seemingly inspired them to a 2-0 win to all but wrap up the title.

We’re still unsure as to what Walter White has to do with football, but we hope to see many more TV characters popping up at football stadiums in the near future. 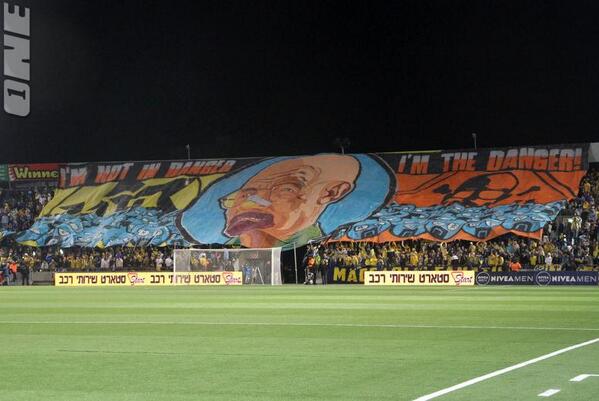