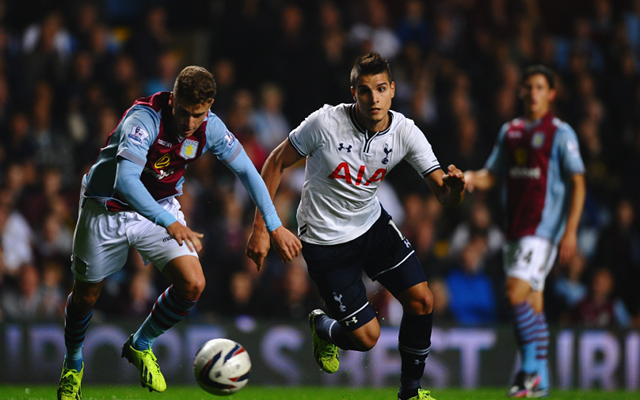 Argentine youngster still has chance to prove himself at White Heart Lane.

The brother of Tottenham Hotspur forward Erick Lamela has said that he will not be leaving White Heart Lane this summer to return to former club Roma, according to talkSPORT.

The winger was tipped to be a direct replacement for Gareth Bale when he was brought in from the Italian capital for a £30m fee last summer as he pace and skill were his major assets, but has so far struggled to gain a foothold in the starting XI this term under both Andre Villas-Boas and Tim sherwood.

Starting just three Premier League games, he has struggled with a series of niggling injuries as well as being unsettled off the field by struggling with the language barrier.

All of this has prompted speculation to fly over where his future lies next season with many believing that he is set to make a dramatic return to Roma.

To add to his misery, the Argentina international has not featured since January 1 thanks to a back injury, but when asked on Twitter if he was set to quit north London at the end of the season, his brother simply replied: “No.”