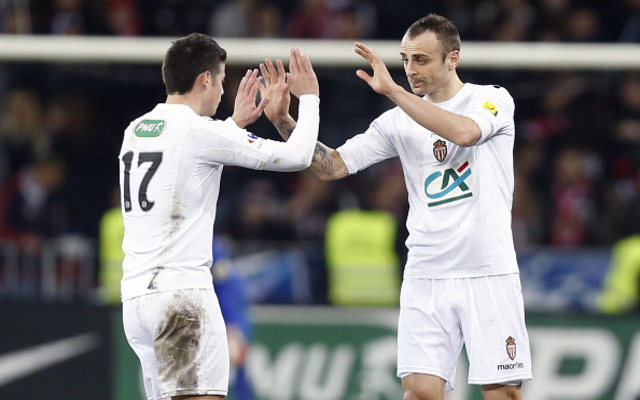 Tottenham will look to land former striker Dimitar Berbatov on a free transfer this summer though the north London club will have to fight AS Monaco for the veteran forward according to Football Direct News.

The Bulgarian is currently on loan at the Ligue 1 side and will see his Craven Cottage contract expire in the summer and may well elect to remain in the principality, especially as Claudio Ranieri’s side are likely to secure a Champions League berth for next term.

However the chance of a return to White Hart Lane may tempt Berbatov, who spent two seasons at the club prior to his £30.75m move to Man United in the summer of 2008.

Tottenham have struggled for goals this season with new signings Erik Lamela and Roberto Soldado being expensive failures and the decision to allow back-up England man Jermain Defoe to Toronto FC may be one that chairman Daniel Levy now regrets.

Luckily for Tim Sherwood the club have been able to rely upon Emmanuel Adebayor to bail them out with a good run of form since the turn of the year, albeit one that is unlikely to secure them a top four finish.

Berbatov has scored four goals in eight matches since moving to the Stade Louis II and is unlikely to sign a new Fulham contract, even if the Cottagers retain their Premier League status.