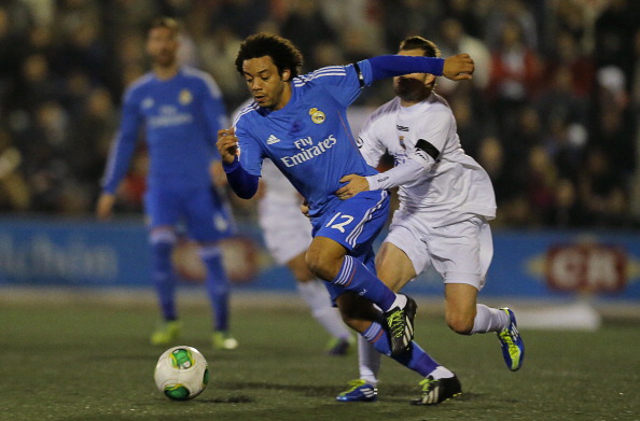 Real Madrid left-back Marcelo says that he will still be at the Santiago Bernabeu next season, despite reported interest in the Brazil international from Premier League side Liverpool.

Prolific Paris Saint-Germain front man Edinson Cavani has opened the door to a possible move to the Premier League this summer after revealing that he will discuss his future at the Parc des Princes at the end of the season.

Manchester United captain Nemanja Vidic thinks that the Premier League champions “can hurt” Bayern Munich in the second leg of their Uefa Champions League quarter-final in the Allianz Arena next week after drawing 1-1 with the holders at Old Trafford on Tuesday night.