Both tabloids will not have representatives from Champions League quarter-final second leg.

Bayern Munich have banned journalists from the Sun and the Mirror from attending the Champions League quarter-final second leg against Man United in Munich, after the tabloids printed disrespectful headlines following the first leg.

Both the Sun and the Mirror described Bastian Schweinsteiger as a ‘Schwein’ after the German, who equalised in the 1-1 draw at Old Trafford, was sent off for a second bookable offence following a heavy challenge on Wayne Rooney.

Both the German international, who will be suspended for the second leg, and his manager Pep Guardiola made gestures suggesting Rooney had dived.

A section of Bayern’s stadium will be closed for United’s visit after fans displayed a homophobic banner in the last round against Arsenal, and Bayern say the Sun and the Mirror should face similar sanctions for their insulting headlines.

“Especially in the Champions League where UEFA has organised a big campaign called ‘RESPECT’ where all players are required to wear that logo on their shirts,” a statement on Bayern’s official website read.

“Due to breaching this agreement when four attendees at our game with Arsenal showed a disrespectful banner in the Allianz Arena, 700 fans will now be locked out (for the United game) and we were fined €10,000. We have accepted this.

“(Therefore) representatives of ‘The Daily Mirror’ and ‘The Sun’ will not be granted media accreditation at the Allianz Arena for the Manchester United match.” 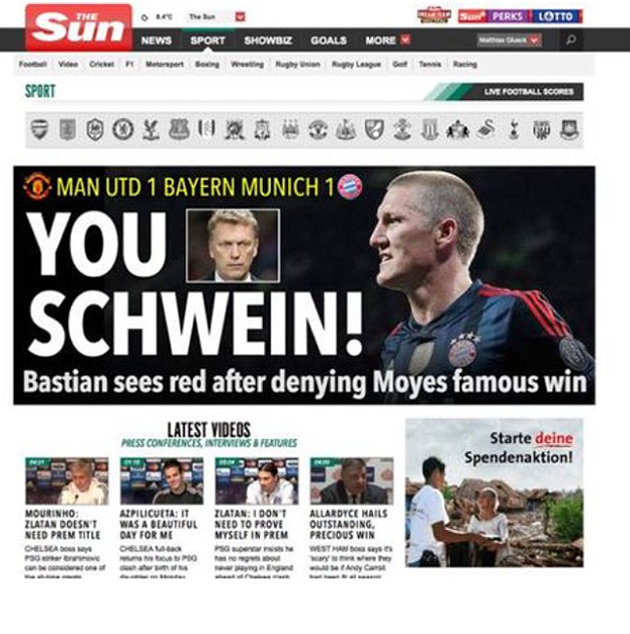 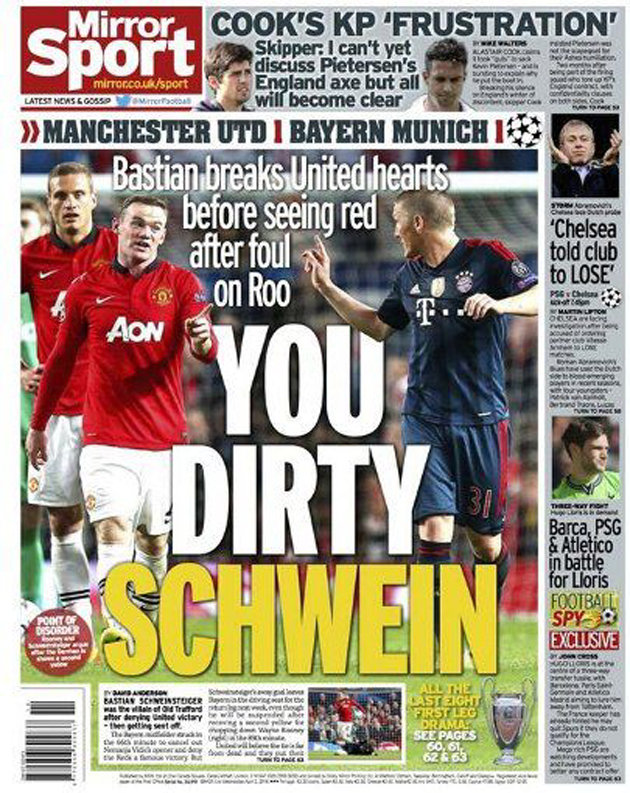