Is he pretending to be a penguin?

Borussia Dortmund coach Jurgen Klopp was so distraught at his side’s defeat to Real Madrid in the Champions League on Wednesday night that all he could think to do was pull off this strange pose.

As the rain poured, the German tactician pulled his hood over his head and was seen making this strange gesture when a decision went against his side. 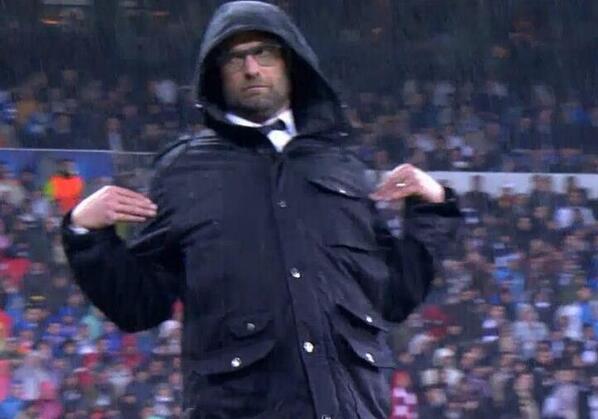 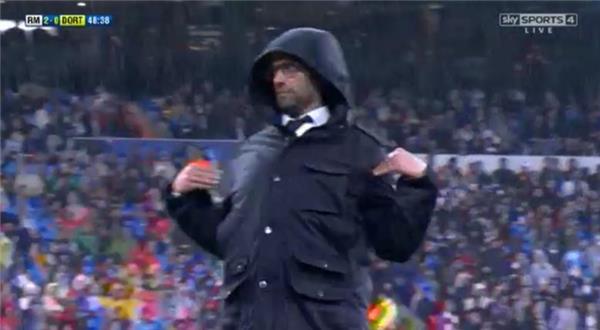