Bale was caught by Sociedad’s Markel Bergara, and the former Tottenham man was left with a gaping hole in his right knee as a result.

After being badged up on the sidelines following the clash, he had to have the wounds stitched up at the final whistle.

Luckily Real may not need to call on the Welshman against Dortmund as they carry a 3-0 advantage into the second leg. 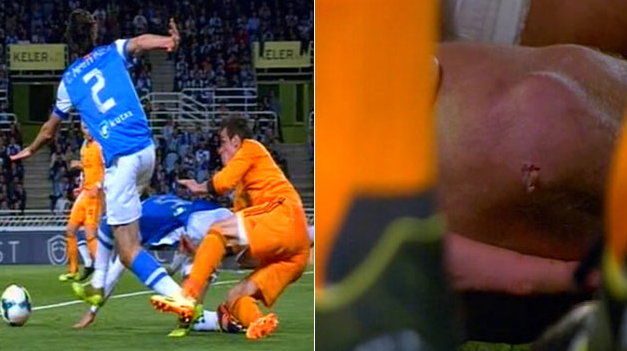