A new table detailing how much each Premier League club has spent on its strike force between 2011-14 has emerged with a couple of surprises.

All the usual suspects are in and around the top seven, but Sunderland and Fulham manage to sneak into the top ten and nestle themselves amongst the elite.

The table also shows that over the three-year period, in six transfer windows over half a billion pounds has been spent on strikers in the English top flight.

Thanks to Hit Row Z for the information. 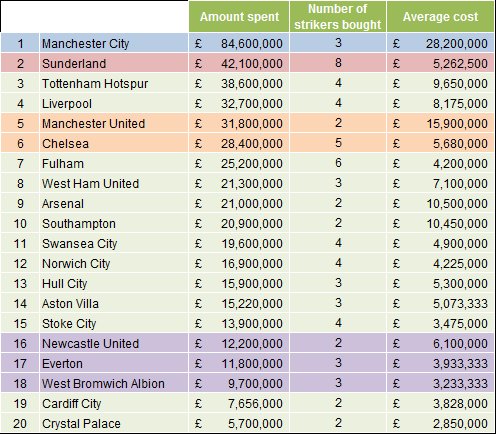