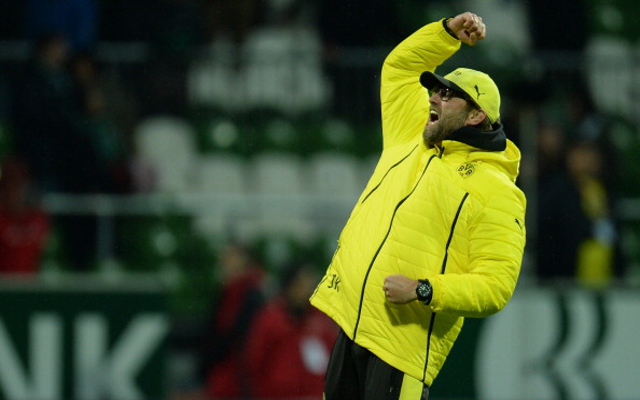 A career in the NBA awaits Dortmund coach.

Unexpected goals are often the ones that garner the best reactions from people and this weekend, when Dortmund took on Wolfsburg Jurgen Klopp showed exactly what that meant.

At 1-1, with just 15 minutes left on the clock, a deep cross was sent into the box by Erik Durm only to be plucked out the air by the Wolfsburg goalkeeper.

However, unable to keep a hold of it Reus was on hand to slip the ball under him and into the net to give the former champions all three points.

Klopp then demonstrated the kind of spring the old legs still have in them.