Five key head-to-head battles we expect to see between Liverpool and City at Anfield. 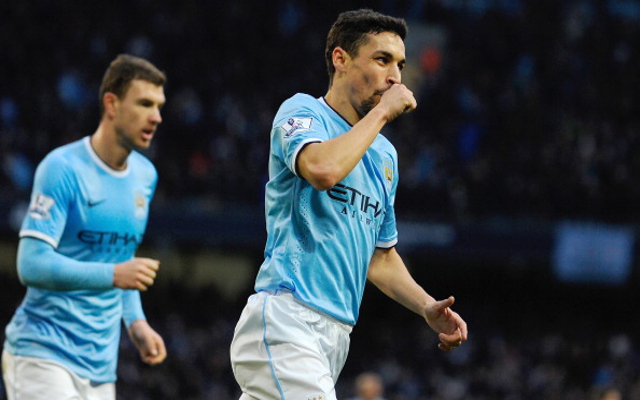 If Navas starts, the Spaniard will be up against a man who has enhanced his reputation perhaps more than any other Liverpool player this season. At the start of the campaign, Jon Flanagan was something of an unknown and behind fellow youngsters Andre Wisdom and Martin Kelly in the battle to back-up Glen Johnson. Now the 21-year-old is a mainstay in the Reds’ back four and should line up at left back against City. But the very right footed Englishman will face one of his toughest tests against Navas, who will be direct and look to attack the youngster on his weaker left foot. Liverpool’s full-backs have license to attack, particularly at home, but it will be essential Flanagan does not leave Navas unattended or the Spain international could use his pace to punish Liverpool on the counter.